Detail view of the top floor. I took inspiration from Art Nouveau architecture. The nougat floor actually contains the banker’s office, sadly never photographed!
(I like to think Instead of cash, the banker’s office contains 10 x MISB 10182s, 10 x 10189s, a crate of new and sealed Eiffel Tower’s and so on…. worth more than their weight in gold!)

I built this in May 2011, just before I moved house… so I never got around to finishing it! I only just found the quick pics I took stuck on an old USB. It took a week to do this much but could have used another design pass – just the new array of pearl gold parts released since mid-2011 would come in handy.The architecture is Art Nouveau inspired with a touch of gaudy imperial splendour in delicious shades of sand green, pearl gold, dark tan and nougat (aka medium dark flesh). The dark tan leaf arrangement as centrepiece reminds me of the odd way the Brits often added local tropical motifs such as spiky pineapples to their gilt crystal chandeliers and candelabaras etc in the colonies. 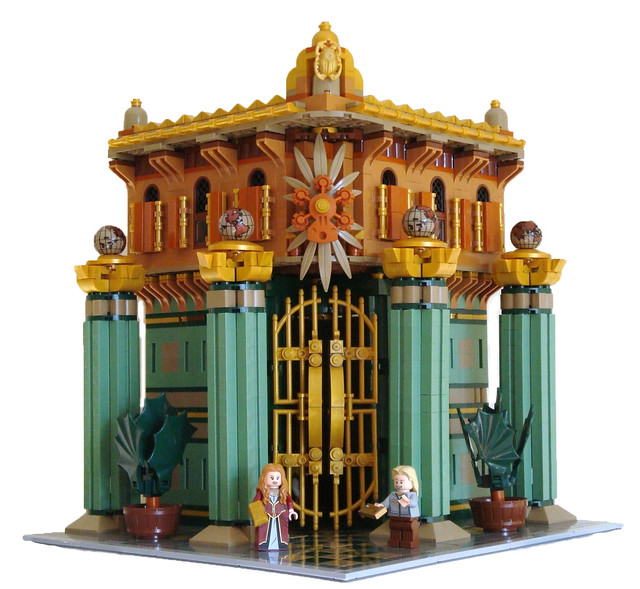 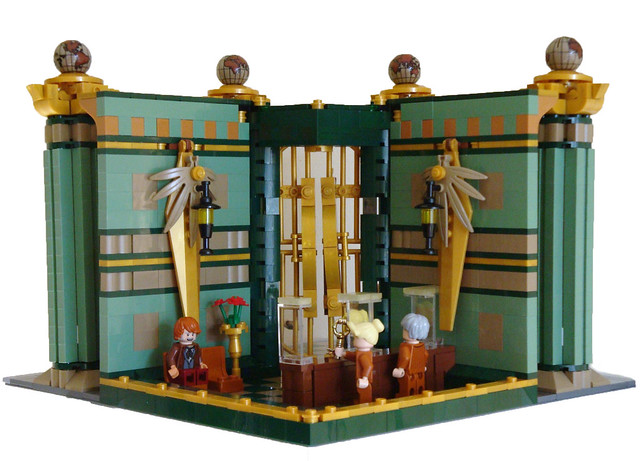 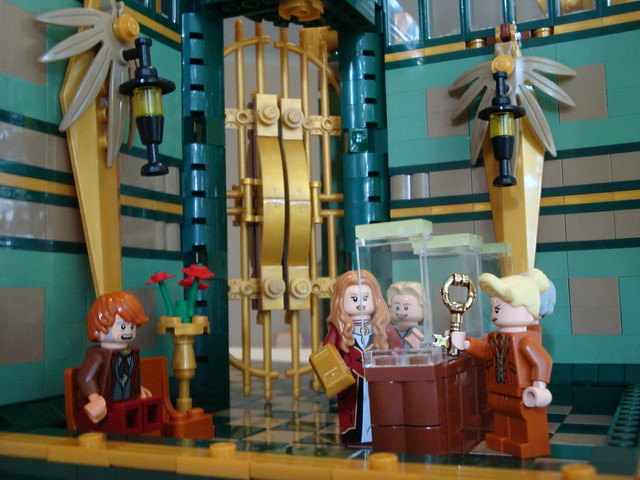