Stop by Kahuka’s Koffee for a coffee on this busy city street!

It’s taken a few months or so to put this together and it’s inspired by many neo-classical and baroque revival building elements. It’s probably as tall as Avenue Saint-Jaques which I made nearly 5 years ago – how time fly’s! There is of course some similarities but I’ve taken on what I’ve learned and acquired (Bricks) since then to try and make a more detailed and textured facade. I was particularly keen to include a rounded roof, balconies, circular windows and plenty of arches.

Other than the ground floor (Said in the UK) which houses a coffee shop the rest of the building is hollow. I’ve also slightly modified and updated a streamline delivery van which I made quite a while back.
I guess maybe you could say this is my interpretation of a cafe corner

I’ve called it Kahuka’s Koffee as there is a subtle hint to one of my favorite Lego themes in the facade. 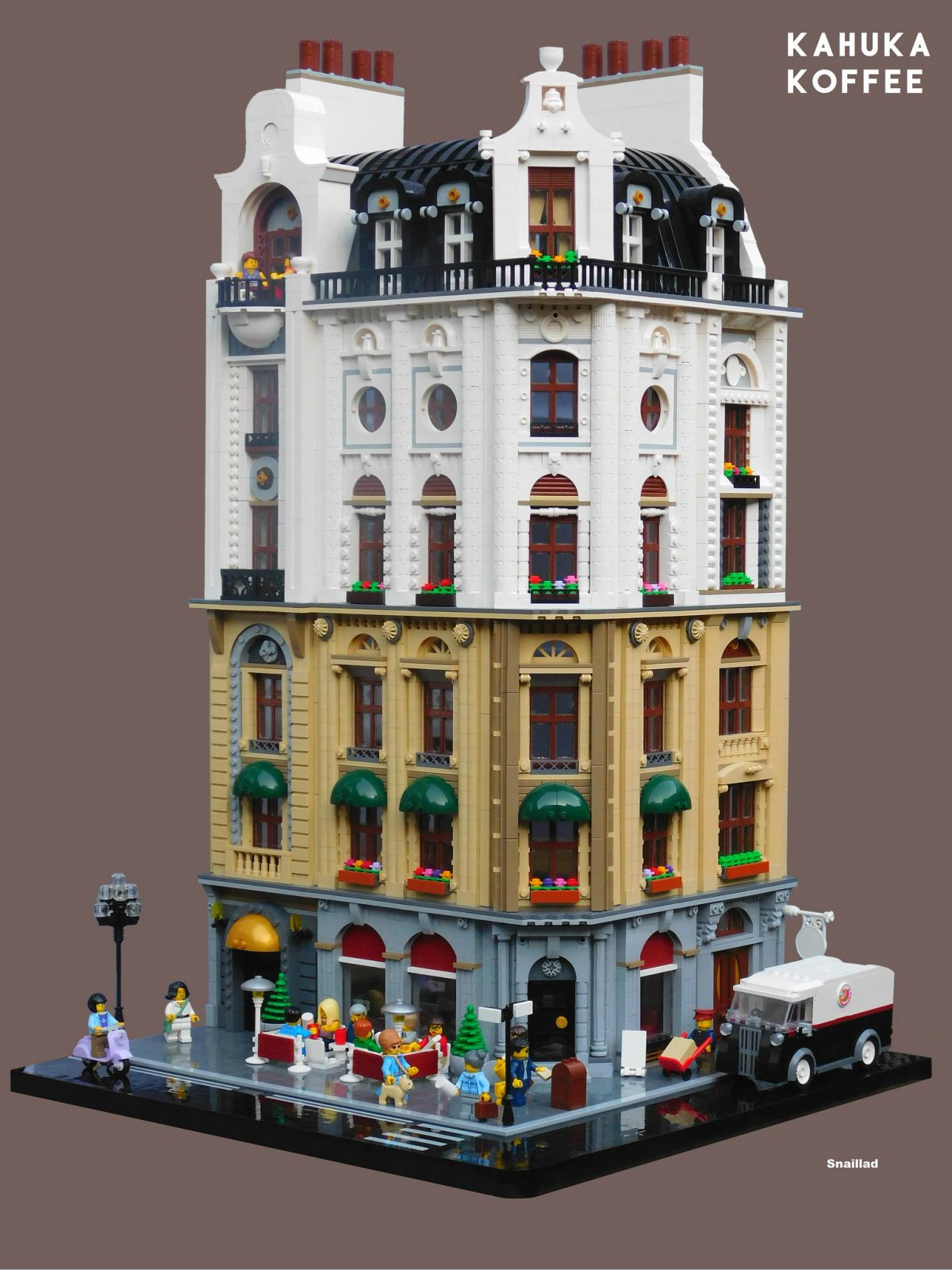