This is my first 100% original modular building. I have built one other, but the footprint and basic design were based on the Lego Pet Shop set. This is a “maxi-modular”, in that it’s on a 48×48 baseplate. That makes it one and a half buildings wide, and again as deep so it will stick out in the back when placed with other modulars. The sidewalks and building fronts do however line up.
The reason I built this building, and why I made it so big is the fact that I had these dinosaurs hanging around from some of the older sets, and had no idea what to do with them. Then I eventually decided to build a museum to put them in.
There are lots of little details, and I had a lot of fun coming up with other things to add to displays. I ran into a number of challenges along the way (such as resolving the atrium on the second floor), but overall it was a lot of fun.

PS: The name of the museum has nothing to do with LotR. It is in fact named after one of my very best friends in the world. 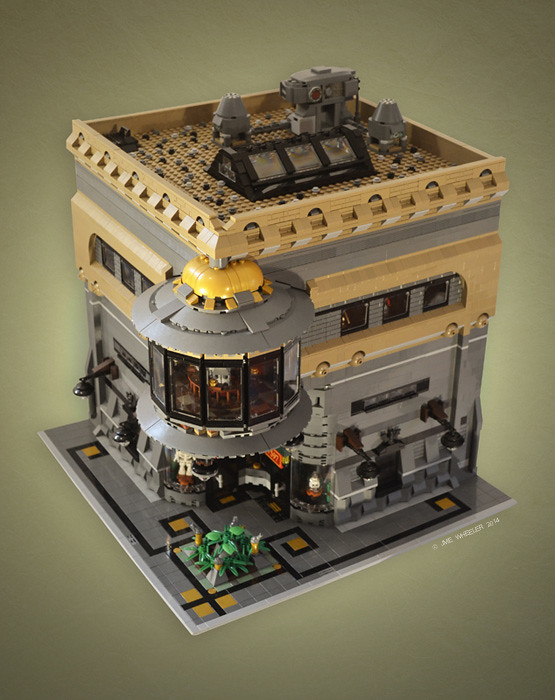 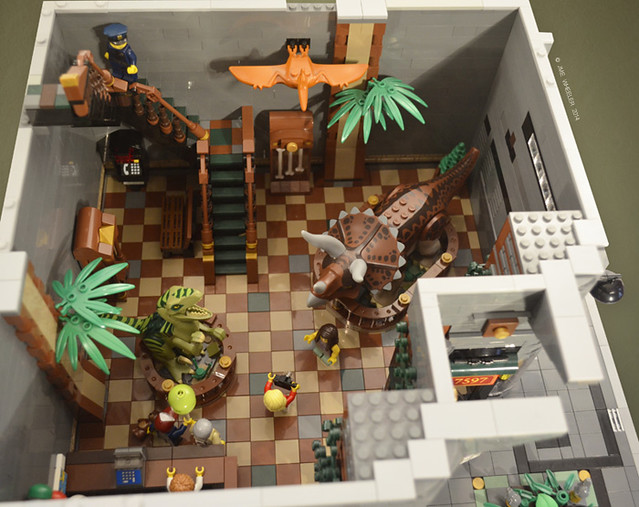 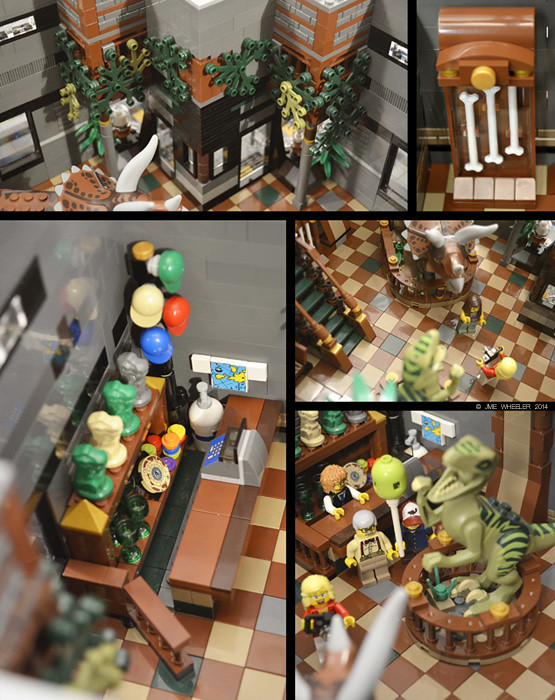 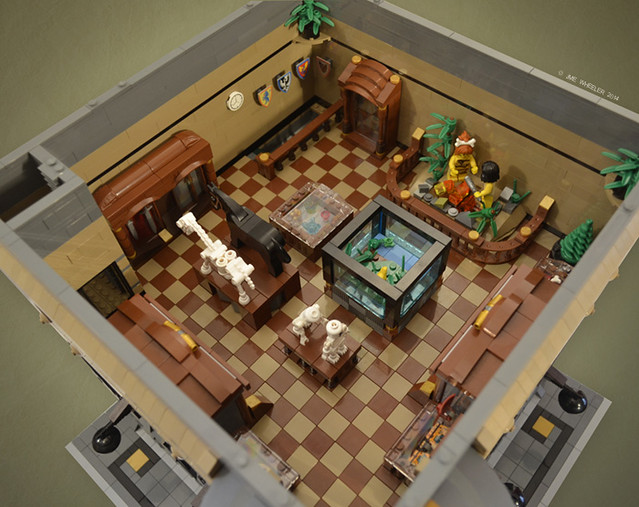 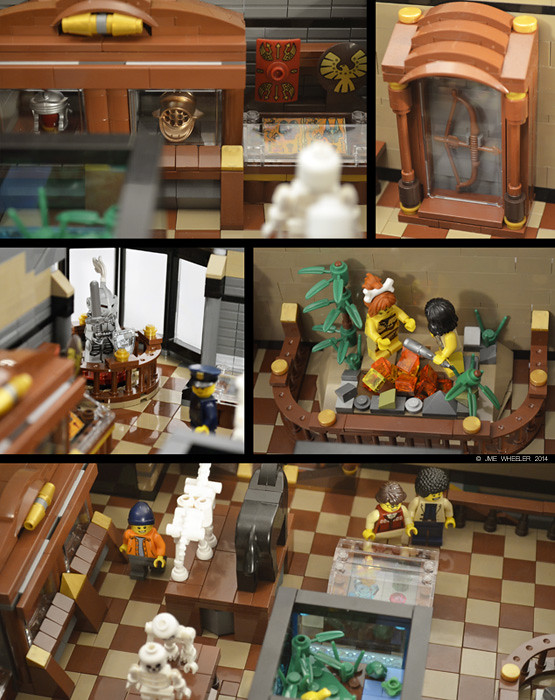